After having messed with my Flipper Zero for a while I figured it’d be good to share my experiences, and list things I found and tips and tricks for new/other owners of the device.

The Flipper Zero has a lot of a antennae, connectors and other ways to connect with the things around it. You can extend this even further by plugging modules into the GPIO header and writing plugins for the device that allow you to use this extra hardware, similar to having modules on an Arduino.

The base hardware contains:

Note that most of the spec data can be found on the official website: flipperzero.one

Basic things to try with your Flipper

There’s a lot of things you can try to do with it even without modifying the firmware or uploading anything! The only real requirement to using it, is having an SD card in it. Without an SD card it won’t be able to perform much of its functions as it needs some storage for everything from assets to temporary data while recording things.

Another joyful part of the vanilla firmware is the Music Player. The music player accepts a specific file format (FMF - Flipper Music Format), that basically lists the notes and duration in text form. There’s a surprising amount of music already out there I found, you can check these link for more info:

Things you can do to upgrade/extend your Flipper

There are a ton of things you can do to extend the functionality of your Flipper zero; There are a whole list of advanced firmwares that both unlock the locked down features, as well as extend the device with community suggestions, patches and extra functionalities.

A good example of this is the Unleashed firmware, which is the one I personally tested and use the most on a daily basis. It’s solid and it has a lot of extra features that allow you to e.g use the Wifi Marauder modules (or firmware for the flipper dev board).

Installing it is as simple as going to the release page with a Chromium based webbrowser and hit ‘web install’, hook up your flipper and you’re good to go! Also note the Extras package, which you can upload to your Flipper using the qFlipper application’s filebrowser, or an SD card reader.

Extras you get at the time of writing (from the readme.md):

As you can imagine this gives you quite some extra freedom. It also includes apps and plugins to give you compatibility with the Wifi Marauder devices and Flipper Developer board firmware, allowing you to scan for Wifi networks and run (lightweight) attacks against them- Obviously the Flipper Zero doesn’t have a lot of compute power even with the ESP32 devboard attached, but that doesn’t mean you can’t beacon spam or deauth spam, or do other shenanigans alike. See the wifi devboard section for more info.

If you have a HTU21D or Si7021 sensor laying around, you can try this flipper plugin to interface with it, and read out the humidity and temperature! Also a very good example if you want to write your own sensor plugins!

Writing your own plugins

You can in fact write your own plugins! The process is currently still a little involved, though. And it also deserves to be said that I have personally not yet tried this, but I intend to do so soon, so I want to collect the relevant information here in advance.

Originally they advertised Arduino compatibility, however none of that is currently working yet. What you CAN do however, is compile extra LFS binaries while you’re also compiling the official firmware (because it needs to be compiled against the official headers/etc).

An example Hello World application can be found here. One thing I noticed is that it seems to imply the application names have to be included in the applications.c part of the firmware to show up, however with the Unleashed firmware I could just drop the Extras package in without having to recompile anything.. so I wonder if there’s any ways around that.

14-10-2022 update: The Unleashed firmware contains a FAP (Flipper Application Package) loader, so you don’t need to recompile the firmware every time you want to add an app. The vanilla firmware does not have this feature (yet?)

One of the least or most hacky things you can do (depending on how you see it); You can actually run games on the Flipper! The Unleashed firmware comes with a bunch more than the default Snake application already, such as a basic Doom clone, Tetris and some other classics, however if you install the Extras pack you can actually get a full true Tamagotchi firmware running in an emulator: 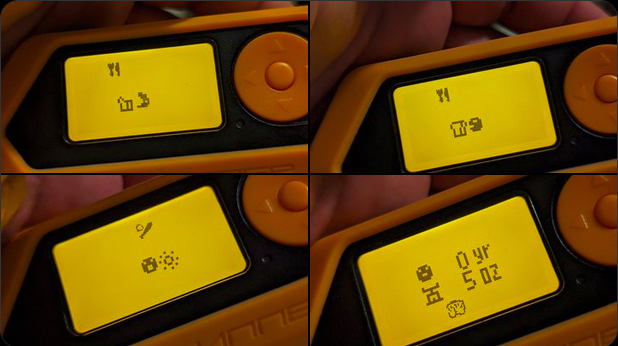 The Flipper Wifi Devboard v1 is a prototyping board with an ESP32-S2, USB-C, a few buttons and a multicolor LED.

It can be used for a variety of things; by default it comes with the Black Magic probe firmware which allows you to use the GPIO pins from a computer and do jtagging and such. I have not personally used the black magic firmware as of yet. 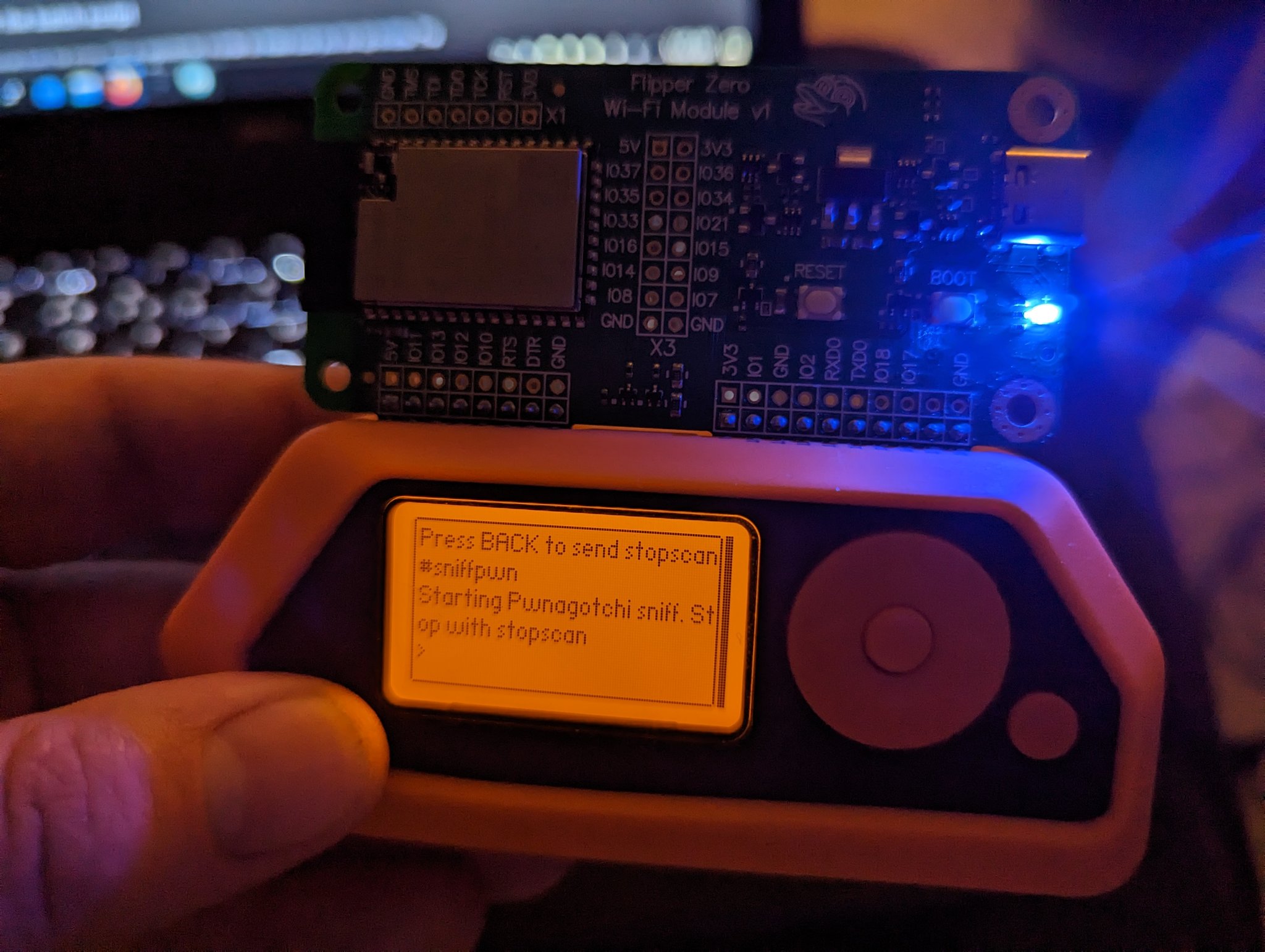 I found two easy tools to do this, but it depends on whether you’re on Windows or Linux which one you need:

The procedure should be outlined on those pages, but just to summarize:

Experimenting with Arduino Code for the ESP32-S2

While trying to figure out how to get the marauder firmware on there, I found a page that explains how to set up the full stack for the wifi dev board to compile it from scratch. You can also use this page to set up the Arduino IDE to mess with it yourself!

You should now be able to upload custom code to the flipper dev board!

Other useful info when trying to work on your Flipper (I will probably extend this guide further later)